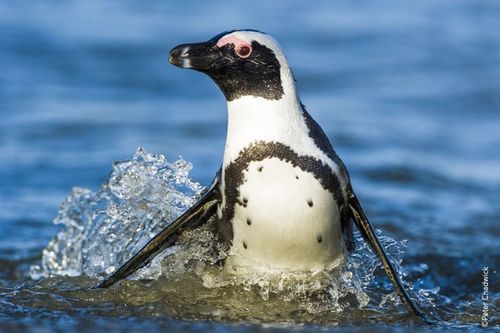 Along with sight, smell, and electric impulse, sound is one of the key environmental stimuli used by marine organisms for critical behaviours. General navigation, finding food, communication, and detection of potential threats are all based on acoustics for many animals living beneath the ocean surface.

Initial research on the role of sound focused on dolphins and whales whose use thereof is well known, although decoding their language is still a task that perplexes scientists. Recently, the use of sound by organisms including shrimp, fish, sea turtles and even plankton has become increasingly recognised. It is becoming more apparent that these organisms are also susceptible to underwater noise pollution.

Noise-producing activities that have been found to elicit response from marine organisms include vessel noise, active sonar, energy and construction infrastructure, and seismic surveys. To date, the majority of documented impacts demonstrate behavioural, physiological, or physical changes with less evidence of direct mortality. Nonetheless, several studies have called for a shift in mindset when it comes to underwater sound: that noise should be regarded, in the same manner as contaminants, as a serious environmental pollutant and managed as such.

When considering the management of underwater noise through the lens of ecosystem-based management (EBM), two important considerations come to mind. Firstly, although most studies examining underwater noise pollution impacts have to date focused on species- and population-level assessments, it is unlikely that impacts will stop there. In addition, many studies examine changes in response to underwater noise as produced by a single source or sector, although we know that there are many noise-producing sectors that operate simultaneously. Successful EBM necessitates recognition that (i) impacts on single ecological components may reverberate through to multiple trophic levels and (ii) that pressures produced by multiple sectors may interact, potentially leading to intensification of impacts. The intricacies surrounding these aspects of EBM, especially when coupled with an overall lack of local research have recently been highlighted in South Africa following nationwide public protests against planned seismic surveys along the east and western margins.

While seismic surveys have been occurring in South African waters for decades, the relevant policy, knowledge, consultation, and management measures in permitting this activity have been brought into question. Moreover, current mitigation measures focus on marine mammals (as is the case internationally) but do little to mitigate potential impacts on other taxa or the broader ecosystem.

African penguins have been shown to avoid foraging in areas close to seismic surveys. However, other seabirds that are unable to dive as deep as penguins have been shown to actively track foraging penguins that herd small pelagic fish from up to 30 m to the surface. These fish would be otherwise inaccessible to volant seabirds, especially since they migrate to deeper waters during the day when the seabirds are active. Key questions include:

Many questions remain in the context of seabirds, fish and other taxa in the local context.

Not only should cumulative noise levels produced by various sectors be considered, but also potential interactions among sectors. For example, in the marine realm, South Africa's most recent National Biodiversity Assessment expressed concern regarding the potential overlap between seismic survey lines and ammunition disposal sites (Figure 1). The main concern with the potential interaction between seismic surveys and dumped ammunition is the potential disturbance at dumpsites where there has been extensive corrosion, or where there has been a proliferation of volatile secondary compounds and/or deterioration of stabilising compounds. This, could lead to a potential disaster at sea. However, there is a lack of information on the type, tonnage and condition of the dumped ammunition, something that is currently not seriously considered when seismic exploration leases are granted.

Noise pollution has not been recognised and managed as a serious environmental pollutant until now. Hence, current policies applicable to sectors that produce underwater noise have not been streamlined. Recognition of underwater noise as a pollutant will also mean that it must be regulated in a reasonable, practical, and fair way across all relevant sectors.

Progress is being made, and the first steps toward improved regulation will include providing managers with a locally-relevant scientific basis, most likely through the mapping of current noise-producing activities, assessment of cumulative impacts, and mapping and managing noise-sensitive areas. One of the best ways to advance EBM is through spatial assessment, prioritisation and management, and regulating suites of noise-producing sectors within ecologically significant boundaries is most likely to provide the greatest “return-on-investment” at an ecosystem level.

The next steps will be to assess cumulative effects, in other words looking at the full suite of pressures alongside that of noise to reveal where impacts are greatest. Doing so can ensure that management strategies across sectors are not counter-productive, but rather optimised and able to address multiple pressures at the same time. Importantly, intensive stakeholder engagement will be needed to find a balance between competing needs, with due consideration of a precautionary approach in light of scientific uncertainty.